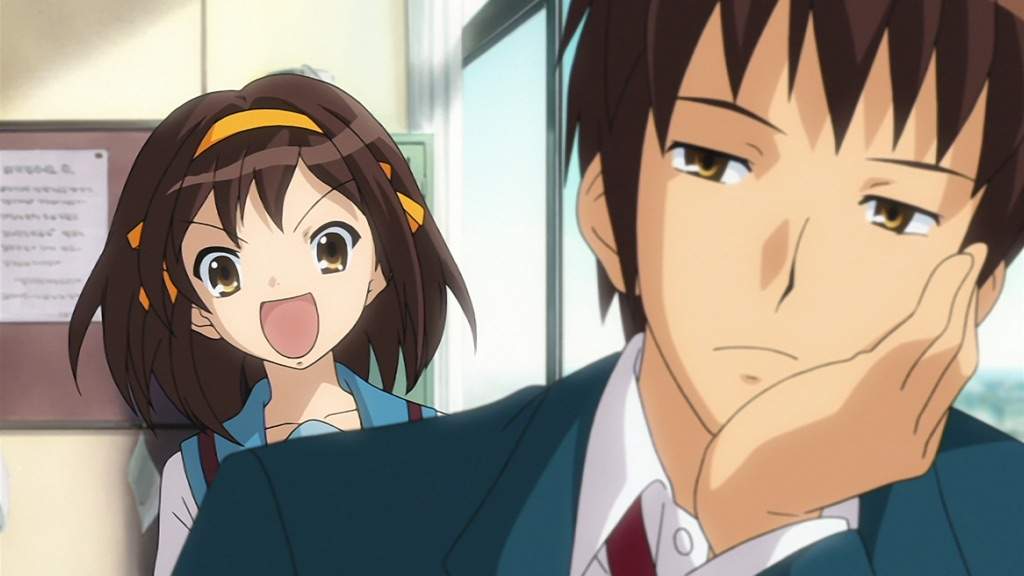 So it’s about time I finish with this long absence, huh? Well, I kind of already finished the absence by posting my Space Patrol Luluco reflection earlier in the week.

I’m again going to try to aim for Fridays for each new review, but, as per usual with me, it may end up being pushed back to Saturday for some weeks. I’m going to try hard to keep people up to date through my Twitter (@AnimeBirdTweet). You can continue to see my tweets at the bottom of every page on this site.

The reviews I’ll be posting over the next few weeks will be quite interesting. A lot of them are well-known shows, to be honest, but it’s not just that. The shows I’ll be reviewing are shows that I either really like or really dislike. Not every show can be a winner, huh?

I also have some other news to share as well:

I had tried this thing for a short while to live-tweet my reactions to shows I was about to review, doing it with the show “Flowers of Evil”. I kind of stopped after the third episode because 1) I haven’t gotten around to watching any more episodes and 2) it honestly kind of stinks needing to pull myself away from the screen every so often to write a response. My Twitter bio still states that I live-tweet shows, but that’s probably not going to continue. I know I only tried it for a short period of time, but I just don’t feel it’s the thing for me; at least, not at this point… maybe we’ll try again later down the line? (I will still be finishing Flowers of Evil at some point and writing a review for it.)

Another thing I have written in my Twitter bio is the fact that I’ll also be talking about video games! And indeed I will be. I’m more looking at doing reflection and editorial pieces for right now, and there’s no set schedule as for when I’ll be posting any of that, but it’s good to mention for when I do start posting them and people (hopefully don’t) get confused.

I also do want to try to do more reflection pieces and telling stories about anime as well, not unlike my Space Patrol Luluco one. I think that perhaps that’s what’s kind of missing from this site… well, that and a writer who’s able to keep a consistent schedule lol. Reflections and stories, in my mind, will help me and this website be more unique; I’m not just some guy prattling off my unwanted reviews on random shows, but I’m also sharing my stories and thoughts about them, and thus sharing a bit of my world with you.

As for right now, though, there isn’t a fixed schedule for much any of these things, beyond the reviews every week. This of course may mean that nothing get’s posted at all in the reflection/stories/video games sections, but we’ll see.

I see myself probably taking another break again, most likely in August or September, and lasting until at least October. I’m saying this now just so when I do inevitably disappear off this website, it’s not completely without warning.

I feel that’s probably how this website is going to go: I’ll post for a little while and then disappear for another while. I tried to fool myself into believing I could consistently post things here ad infinitum, just like the bigshot anime reviewers and the other people doing their best here on WordPress and elsewhere… but I don’t see that being me. Talking about anime and running this website has always been nothing more than a hobby, a side activity, for me, and so I shouldn’t push myself to try to write and post things here when I just don’t want to.

So I’ll most likely end up continuing to take breaks every now and then from this site, during which you won’t see anything posted from me. Now that I’ve said to both you all and to myself that I will be taking breaks, though, perhaps these breaks won’t end up being as long as my previous ones have been? I’ll also try to give more warning before I decide to hop off for a while, and not just silently leave things be for weeks and weeks.

At this point, I think that’s most everything I wanted to share or say about this website. I kind of ended up writing most of this as a single, giant stream of words coming from my mind to this screen, so maybe I’ll have a more organized post later reiterating some of these things and also talking a bit more about my motivations? We’ll see, I guess lol.

Anyway, look forward to my reviews, starting up again next week!